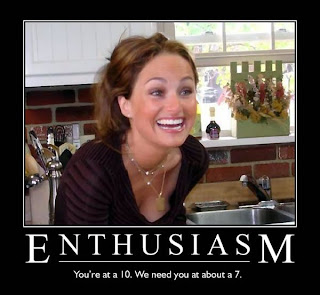 So, I have an isssssue. I like to say it with a long “S” because it sounds more amusing. There are a couple of amateur comedians in the scene these days who, shall we say, are more than enthusiastic. Normally, I adore enthusiasm. One of my favourite quotes is:  “Nothing great was ever achieved without enthusiasm.” – Walter Chrysler

But their enthusiasm often borders on delusional. They talk as if they’re been in the industry for decades, they give themselves fake credits and bios, they are full of hype with nothing to back it up. In many ways, they are disrespecting comedy, and I finally realized that is my issue with it. Comedy is my love and they are slapping its face. I look to my mentors in comedy and realize they don’t get upset by this behaviour. They know better. I can’t imagine how many people they’ve seen come and go on the scene.

I asked myself, “Am I insecure because of these people?” I don’t think so. When my comrades in arms who also love comedy (this is key) get good news, career breaks, etc., I am honest to goodness thrilled for them. Of course my ego whimpers, which I often admit to their faces, and I push it back down and concentrate on the success of my friends knowing that operating from a sense of lack is unwise.

But before I ramble incessantly… I found myself visiting the amateurs’ Facebook pages daily to see what craziness they were claiming now. And then I would get in a fluster. Then I would gossip. Then I decided to be a snitch more mature and evolved and stop it. Who am I to judge their process and experience? A wise woman would look inside and ask why she was so riled up about it rather than criticize another. Which reminds me of this gem:  “You see a lot, Dr. Lecter. But are you strong enough to point that high-powered perception at your self?” – Clarice Starling, Silence of the Lambs

I’m not wholly mature by any stretch of the imagination though. I deleted a couple of them from Facebook… not because of them, because of me. Having the opportunity to check in on them daily is too easy. I’m not that strong. I have an addictive personality (oh and by the way, name one person who doesn’t). By making it impossible to check, I stop the immature cycle I was on and end up focusing on something more positive.

If I’m ever this mature with snacks, imagine the cheekbones! Signing off, hopefully slightly more evolved and loving…